Facebook “did not do enough” to prevent data breaches

This week former Facebook employee Sandy Parakilas – who has claimed covert harvesting was routine at the social network – told the Digital, Culture, Media and Sport Committee that the firm did not do enough to prevent, identify – or act upon – data breaches. 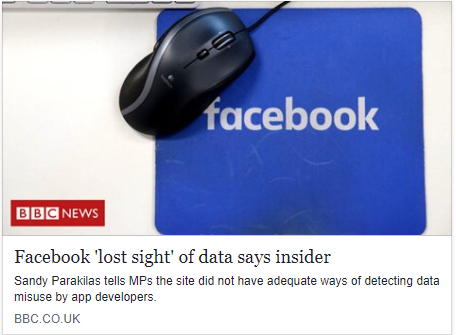 As a member of the committee, I asked Parakilas – who was employed in a role focused on data protection and app compliance at FB – if the situation had posed a challenge to democracy. He agreed, saying it had posed a “huge challenge” to democracy.

However, when I questioned Parakilas on whether he thinks Facebook understands the enormity of the problem here, he replied that they did not – otherwise they would have done something quicker.