The BBC has this week been shown as a bullying employer, whether by design or a result of strange management practices. 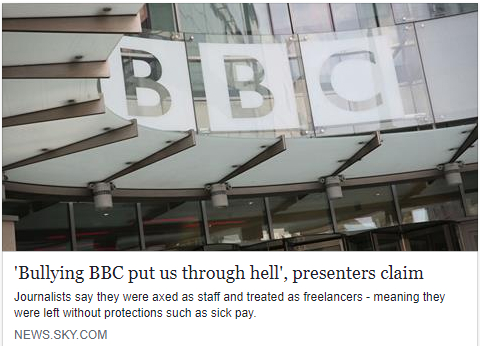 The Digital, Culture, Media and Sport Committee was told on Tuesday that many presenters had been put through “hell” after being “axed as staff and forced to set themselves up as Personal Service Companies”.

The move left on-air staff without significant protections from their employer – including sick pay.

We heard from one who felt compelled to work through cancer treatment, due to financial issues, and we were also told that there were others “who’ve nearly died” following the changes.

This should never, ever have happened.