Marking the bravery of Sunderland hero who “saved hundreds”

A bid to mark the bravery of one of Sunderland’s greatest peacetime heroes with a Blue Plaque from English Heritage has my full support. 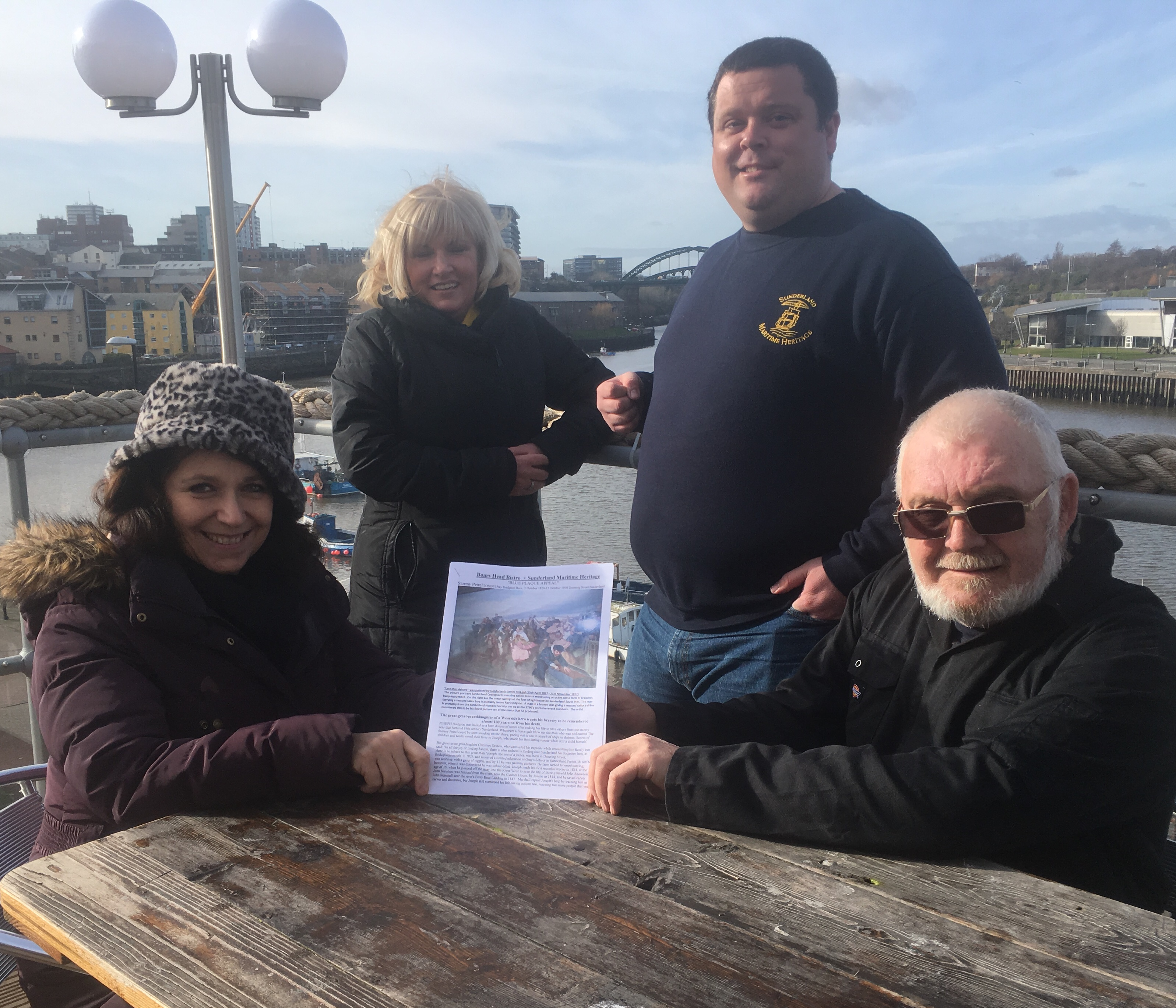 Members of Sunderland Maritime Heritage want to honour the life of Joseph Hodgson -; a man who risked his life time after time to save others -; by mounting the plaque at the Boars Head Bistro in High Street East.

Hundreds of men, women and children owed their lives to the bravery of Joseph -; who was nicknamed The Stormy Petrel -; and I am delighted to support the bid to have a plaque created in his honour.

JOSEPH Hodgson was hailed as a hero dozens of times after risking his life to save others from the stormy seas that battered 19th century Sunderland.

Whenever a fierce gale blew up, the man who was nicknamed The Stormy Petrel could be seen standing on the shore, gazing out to sea in search of ships in distress.

Scores of children and adults owed their lives to Joseph, who made his first daring rescue while still a child himself.

His bravery was even compared to that of Sunderland sailor Jack Crawford, who nailed his ship’s flag to the broken mast while under fire during the Battle of Camperdown.

But, while Crawford’s heroic deed is still celebrated, memories of the phenomenal life-saving skills of The Stormy Petrel seem to have faded over time.

His great-great-grandaughter Christine Sexton, who uncovered his exploits while researching her family tree, said in 2005: “In all the joy of finding Joseph, there is also sadness in finding that Sunderland has forgotten him, as there is no tribute to this great man.”

Joseph, the son of a joiner, was born in Dunning Street, Bishopwearmouth, in 1829, and received a limited education at Gray’s School in Sunderland Parish.

At ten he was working with a gang of riggers, and by 12 he was painting pictures. He later turned to wood-carving, however, when it was discovered he was colour-blind.

Joseph made his first recorded rescue in 1844, at the age of 15, when he jumped off the quay into the River Wear to save the life of three-year-old John Snowdon.

John Nicolson was rescued from the river, near the Custom House, by Joseph in 1844, and he saved carver John Marshall near the river’s FerryBoat Landing in 1847.

Marshall repaid Joseph’s help by training him as a carver and decorator, but Joseph still continued his life-saving actions too, rescuing two more people that year.

Joseph Alexander, who was knocked overboard by a keel’s tiller, and Miller Carnegie, a seaman who fell into the river, were both saved by Joseph in 1847.

The rescue of Carnegie, however, left Joseph with inflamed lungs. He was laid up for 17 weeks and would probably have starved, but for the kindness of a neighbour.

Soon after he battled back to health he was back saving lives -; including that of John McTeen, a sailor washed from a lifeboat following a shipwreck in 1849.

In 1852 he helped save the crew of the ship Thomas Clarkson and, in January 1854, rescued the crews of the Medina on one day and the Harmony the next.

Just a few days later, on January 9, he swam out to the sinking Samuel and Sarah ship, rescuing the captain’s eight-month-old baby -; and then returning for his wife.

Indeed, that same year, Joseph also helped save a boy from the wrecked Niagara, as well as the crews of the Victoria, the Coldstream, the Calypso and the Margaret.

Other rescues included saving the master of the brig Brenda in 1855, which was wrecked near the South Pier, and the crew of the Maddalena in September 1856.

The year 1857 saw Joseph save the crews of the Rienzi at Hendon, the schooner Isabella near the South Pier and the Six Sisters, wrecked near the North Pier.

In January of 1857 The Stormy Petrel, “at great peril to himself,” also rescued the crew of the stricken French schooner, Les Trois Soeurs.

Warning rockets were fired as a storm drove the ship towards the shore but, when it became clear the crew didn’t understand what was happening, Joseph tied a rope around himself and jumped aboard.

He managed to rescue the crew, receiving a gold medal from the Emperor of France, Napoleon III, for his service, as well as a silver medal from the Board of Trade.

Joseph continued with his rescues in 1858, helping to save the crews of the Blucher and the Poulton, and in 1869 pulled a man from the river at Coxgreen.

That same year, at the age of 40, Joseph moved to London, where he was in the service of the West African Shipping Company -; but also continued to save lives.

He rescued a man from the Regent’s Canal Docks in 1872, winning a Royal Humane Society medal, and saved the life of an interpreter during a voyage to Africa too.

Although Joseph decided to settle permanently in London’s East End, his Sunderland friends did not forget him and, in 1883, he received a gold medal from the Mayor.

The inscription read: “As a token of respect and esteem by a few Sunderland friends, to whom his many perilous exploits and daring achievements are well known.”

Sadly, however, Joseph died a poor man. He was forced to pawn his medals to survive, and spent his last few years in a small room in a slum area of Poplar, London.

Many of Joseph’s life-saving deeds were never documented, but it is believed that hundreds of people owed their lives to him.

Christine, who lives in Oxfordshire, stated in 2005: “He saved the lives of so many people, surely there should be something to mark what he did? Even a little plaque near the harbour would be better than nothing.”