People convicted under “joint enterprise” should have chance to appeal

My sympathies are always with the victims of crime – people who are convicted of murder must be subject to the full weight of the law. 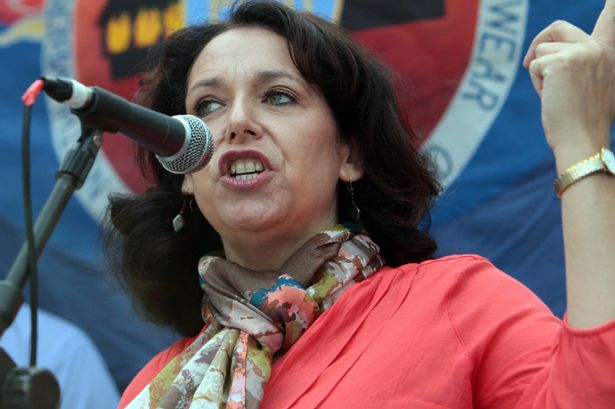 However, some prisoners convicted under controversial “joint enterprise” rules are in jail because of an “injustice” – and should be given the chance to appeal.

In most cases, this country can be proud of the British justice system, but when mistakes, misinterpretations or miscarriages of justice occur, they must be put right quickly.

I spoke in Parliament on this issue last week and you can read more here via an article in The Chronicle:

Sunderland MP Julie Elliott fears some people convicted of serious crimes such as murder have suffered an injustice.

Some prisoners convicted under controversial “joint enterprise” rules are in jail because of an “injustice” – and should be given the chance to appeal, an MP has said.

Julie Elliott, Labour MP for Sunderland Central, is calling for some people convicted of serious crimes including murder to have the chance to go back to court to prove their innocence.

It would mean those found to be guilty “rightly staying in prison to serve their full sentence,” she said.

“However, those who would not have been found guilty under the new rules would get their freedom, and whatever follows.”

Ms Elliott is one of a number of MPs who say an injustice has been done to people convicted as a result of courts interpreting the law incorrectly.

The Supreme Court ruled in 2016 that mistakes had been made. However, people convicted under the old rules are only allowed to appeal if the Court of Appeal considers that they have suffered “substantial injustice”.

It’s a results of a controversial rule known officially as “parasitical accessory liability”, and commonly known as joint enterprise.

Courts have always ruled that a person can be guilty of a crime if they deliberately encouraged or helped someone else to carry out it. But the joint enterprise rule meant that people could be found guilty of a crime in some situations simply on the grounds that they could have foreseen the possibility of someone else committing it.

For example, if two people committed a burglary and one of them committed murder during the course of that, the other person could also be found guilty of murder even if they did not intend to assist or encourage the killing.

The Supreme Court said in 2016 that the courts had taken a “wrong turn”, and confirmed that a person could only be guilty of an offence carried out by someone else if they actually intended to help or encourage them.

But it said that the Court of Appeal would only grant permission to appeal if it considered the applicant had suffered “substantial injustice” and that “it will not do so simply because the law applied has now been declared to have been mistaken”.

Families of some of those convicted have launched a campaign called Joint Enterprise: Not Guilty by Association, known as JENGba.

Speaking in the House of Commons, Ms Elliott said: “It is no surprise that of the 800 men, women and children – a lot of them were children when they were convicted – who are supported by JENGbA, not one has successfully appealed their conviction since the Supreme Court’s decision.”

She added: “In most cases, this country can be proud of the British justice system, but when mistakes, misinterpretations or miscarriages of justice occur, they must be put right quickly.

Justice Minister Lucy Frazer said that while no appeals had been successful so far, a means to appeal did exist.

She rejected calls for legislation, saying the law on joint enterprise had not developed as a result of legislation in the first place but was a result of rulings and precedents set by the courts, known as case law.