Today in Prime Minister’s Questions I called on Theresa May to look at allowing women under 25 to access smear tests following the death of my 25 year old constituent Amber Rose Cliff from cervical cancer last January. 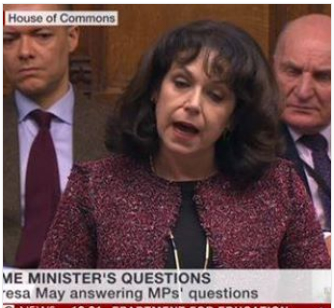 Amber went to her GP around thirty times with symptoms, repeatedly asking for a smear test. She only got this test when she paid to have it done privately, by which point the cancer had spread.

This week is Cervical Cancer Prevention Week, so I called on the Prime Minister to support Amber’s family in their campaign to introduce Amber’s Law which would change the regulations so that women under 25 can access smear tests if they request one when symptomatic.

I hope the Prime Minister will look at introducing Amber’s Law so that what happened to Amber doesn’t happen to any more young women.