Sunderland woman Amber Rose Cliff fought a very brave battle against cervical cancer and her tragic death at such a young age has touched the hearts of many, many people nationwide. 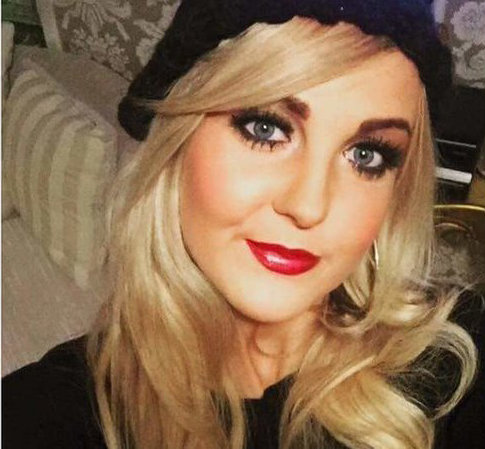 A campaign launched in Amber’s memory by members of her family – calling for changes to NHS cancer screening guidance – is a cause I fully support.

Whatever a woman’s age or screening history, if they notice symptoms of cervical cancer and request a test from their GP, it is only right that their concerns are listened to.

Amber’s case shows that smear tests need to be made more readily available in certain circumstances -; such as when young women present more than once with potential problems.

I very much admire how Amber’s Law has turned a terrible tragedy into something which could help many thousands of young women in the future -; and potentially save lives.

See the full story, courtesy of the Sunderland Echo, below: (Published January 8, 2018).

The legacy of Amber Rose Cliff is helping to save lives world-wide as the story of how she was claimed by cervical cancer aged just 25 sparks women to be checked out.

Today will mark the first anniversary since the Gentoo worker from Ashbrooke died, leaving her friends and family devastated.

The Amber’s Law campaign was launched by her loved ones in a bid to get the NHS to change guidance so that those who show symptoms from 18 upwards can be sent for a test to check for abnormal cells.

The former Thornhill and Bede College student visited her GP on more than 10 occasions showing the signs of the condition, but because she was under 25 at that stage, she was not offered screening.

When she underwent a check privately aged 21, it was discovered she had developed cancer.

The appeal calls those over 18 and in high-risk groups to be given the option of a test if they show symptoms and also urges women to seek help if they have symptoms and to keep up to date with their tests.

It is also raising funds to cover the bill of a private check – which can cost up to £400 – for concerned women aged under 25.

Amber’s Law has been backed by high-profile names including footballer Jordan Henderson and broadcaster Lorraine Kelly and is working alongside Jo’s Cervical Trust and in discussions with the Leeds United Foundation, while Sunderland Central MP Julie Elliott has given her backing.

A Change.org petition has already attracted more than 334,700 names, with her family saying they are “in awe” of the love shown for Amber since her death.

Darren, 52, who runs his own building firm, said: “Just the thought that what happened to Amber, if it saves one life, it’s a consolation for us. Amber Rose Cliff’s death sparked an outpouring of support.

“But we know for a fact a lot more lives have been saved. We’ve received messages from girls all over the world, not just the UK, and lots of them have read what happened to Amber and they have gone for tests and quite a few have found they have had cancer.

“This is what it’s all about, just to raise awareness and constantly put it out there for women to see.

“I’ve been approached and told that the number of smears in Sunderland have gone up three-fold since it happened, which is good news.”

Campaigners have said they will continue to support Amber’s Law in a bid to ensure women are listened to if they are worried their health is at risk. Nationally, the take up of cervical screening is at a 20-year low.

Sunderland Central MP Julie Elliott said: “Amber Rose fought a very brave battle against cancer and her tragic death has touched the hearts of many, many people nationwide.

“Over the past year it has been my pleasure to meet with members of Amber’s family, to discuss the call for more flexibility over cervical cancer screening for women under 25.

“Whatever a woman’s age or screening history, if they notice symptoms of cervical cancer and request a test from their GP, it is only right that they are listened to.

“Amber’s case shows that smear tests need to be made more readily available in certain circumstances -; such as when young women present more than once with potential problems.

“I very much admire how Amber’s Law has turned a terrible tragedy into something which could help many thousands of young women in the future -; and potentially save lives.”

Robert Music, the chief executive Jo’s Cervical Cancer Trust, said: “Amber’s story is extremely sad and our thoughts are with her family at this very difficult time of year.

“It is important that every woman knows the symptoms of cervical cancer, including abnormal bleeding which is the most common symptom, and health professionals know and follow the NHS guidelines for young women presenting with symptoms to ensure early diagnosis.”

The latest figures show that of the 72,900 25 to 64-year-olds eligible for the test throughout Sunderland, 75.5% attended their check up.

The NHS has said evidence has shown screening under 25s can lead to “many unnecessary and harmful investigations and treatments” and adds cervical cancer is extremely rare in under-25s.