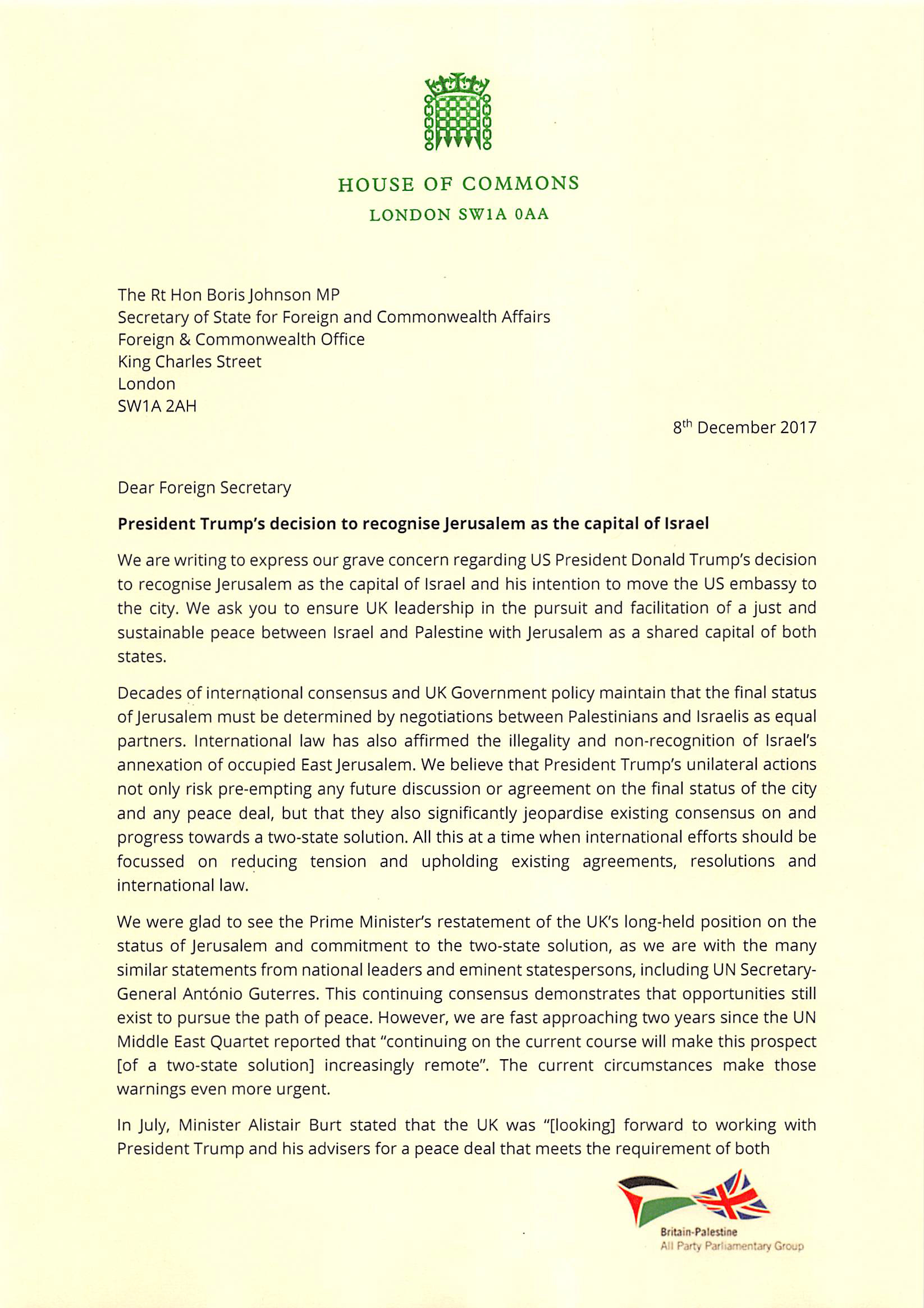 The 90 cross-party Parliamentarians are now calling on the UK Government to officially recognise the State of Palestine in the “best interests of pursuing peace”.

“We believe that the pursuit of a just and sustainable peace between Israel and Palestine, with Jerusalem as a shared capital, is vital,” said Ms Elliott.

“Jerusalem is a holy city for many religions, and there has long been consensus amongst the international community that its status can only be settled fairly through negotiations.”

A letter signed by Ms Elliott and the other Parliamentarians has now been sent to Boris Johnson, the Foreign Secretary, expressing concern over Trump’s actions. 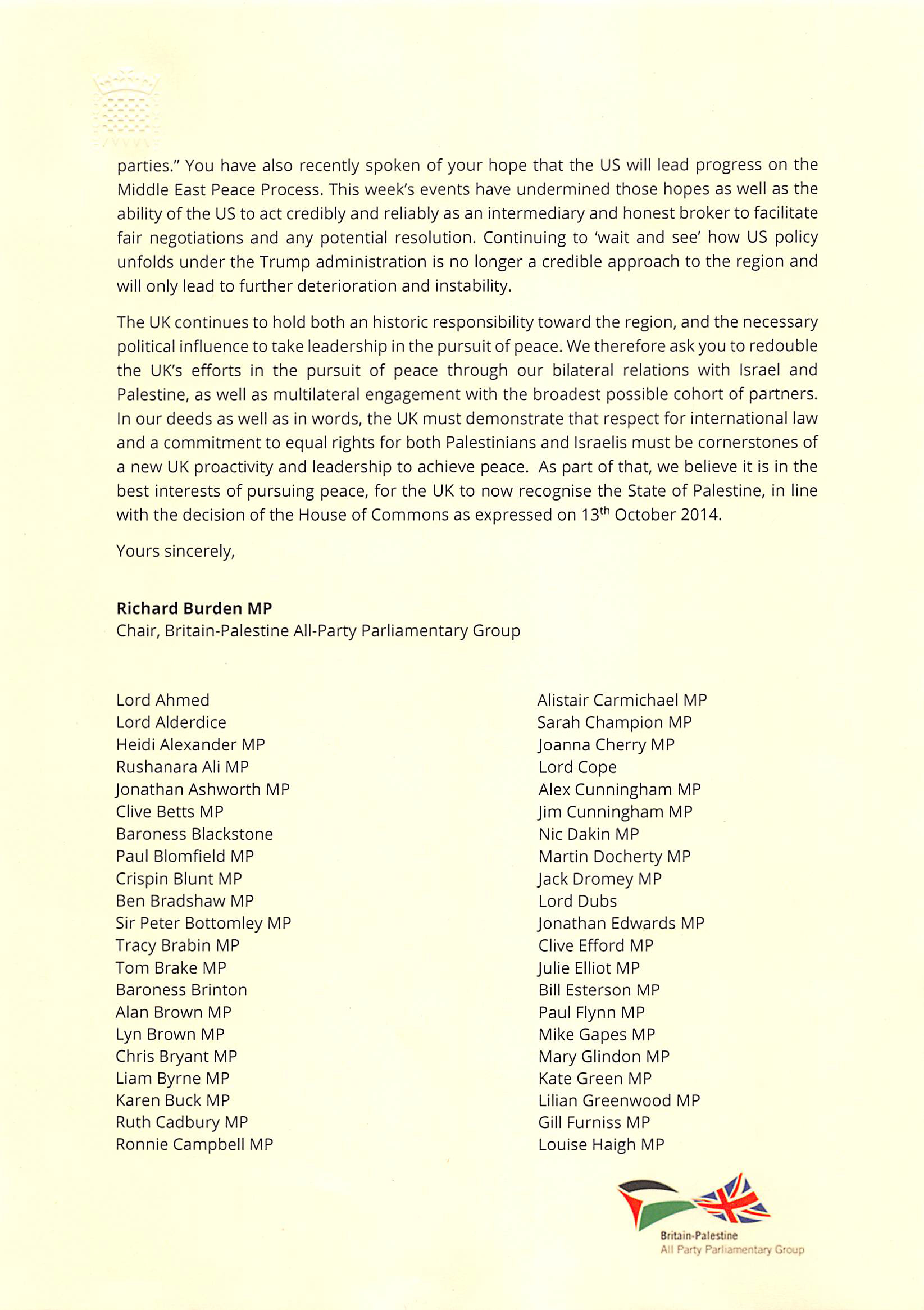 It is feared that Trump’s decision to move the US Embassy to Jerusalem will prove provocative and Ms Elliott, who recently visited the occupied territory of Palestine, said:

“Most people on all sides -; whether Palestinian or Israeli -; want a two-state solution. Most ordinary people also want that to happen as quickly as possible.

“Unfortunately, however, Trump’s announcement that the US will be recognising Jerusalem as the capital of Israel may fan the flames of conflict -; rather than reduce tension.”

Ms Elliott and the other Parliamentarians are calling on the Government to “demonstrate in deeds, as well as words” a commitment to equal rights for both Palestinians and Israelis.

The MP stated: “The future of Jerusalem was always going to be at the end of the agenda of subjects to discuss, because it is such a very sensitive issue.

“It has really made a two-state solution more difficult and, in fact, has made -; in my view -; the world a much less safe place.”