The restoration of a memorial to Sunderland war heroes by members of the city’s Sikh community is very welcome news. 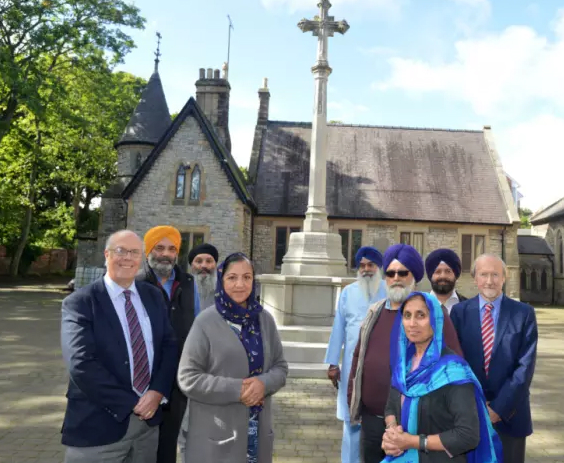 The stone cross was installed at the former Christ Church in Ashbrooke just after World War One, honouring 67 men of the parish and congregation who made the ultimate sacrifice.

After the church became redundant in 1998, the site off Ryhope Road was bought by the Sikh community – who turned it into Sunderland Sikh Temple.

Now members of the Sikh community have come together to raise money for the restoration of the memorial which, after standing for almost 100 years, was in desperate need of repair.

I applaud their tremendous effort and dedication to such a worth-while cause. The names of the 67 brave men will now, thanks to the Sikh community, continue to live on through the memorial.

More than 25,000 Sunderland men fought in World War One and the losses were grievous -; one solder in every ten. It is only right that we continue to remember their bravery.

** Information on some of the men commemorated on the memorial **

· Lieutenant Thomas Henry Hogg: Born in 1891 and worked as an estate agent. He served with the RFA and won a Military Cross for his bravery. He died aged 26.

· Lieutenant Frank Kirkley. Died in November 1918, aged 27, in Italy. He was awarded an MC for bravery.

· Brothers John and Sydney Jameson, who were born in Sunderland but fought with the Canadian Infantry. Both giving their lives to the war.

· James Walker Beattie MD -; a Captain in the Royal Army Medical Corps. James was one of the oldest people from Sunderland to sign up for active service during World War One -; helping with the evacuation of troops from Suvla Bay, Gallipoli, at the age of 61. He survived his ship being torpedoed in 1917, but died of heart disease in July 1918.