How culture can reinvigorate the North-East

Sunderland’s arts and music scene is something to be celebrated and built upon, writes Julie Elliott MP. 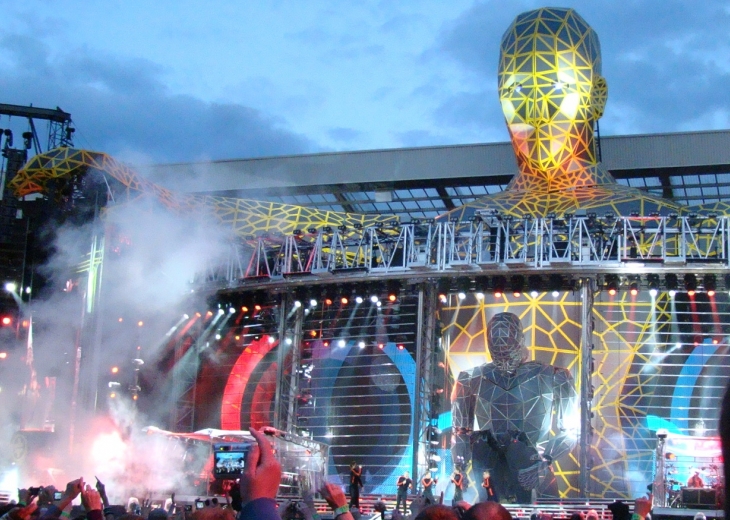 The North-East is renowned for its strong and distinctive identity and its rich, deep cultural heritage.

England’s first stained glass window was made in my city of Sunderland and the city was home to the Venerable Bede in around 700AD. The region was instrumental in the revolution that brought us mass transportation for the modern age, with the first railway in the country running between Stockton and Darlington from 1825.

The region remains a world-class cultural centre today. In my city jobs in the creative industries have grown three times faster than the UK average and the University of Sunderland produces thousands of highly skilled and creative graduates every year through courses in glass and ceramics, film, media and fine art.

We have a booming independent music scene, including acts like Futureheads and more recently Field Music, Frankie and the Heartstrings and The Lake Poets. World-famous acts like Bruce Springsteen, Kings of Leon, Take That and Foo Fighters have also recently performed at the Stadium of Light.

Often called the “West End of the North-East”, the Sunderland Empire theatre attracts huge crowds and hit shows like Wicked, and popular venues like the Baltic Centre for Contemporary Art and the Sage Gateshead have also gained a national profile in recent years.

At 2.8 per cent, the North-East boasted the second-highest economic growth per person in the country, compared to a national average of 2.1 per cent, and since 2010 around 50,000 jobs have been created in the region. We have the most tech start-ups in the country and the region is the country’s only net exporter. Sunderland’s Nissan plant has also long been a source of pride, with the plant now producing more cars than the whole of Italy.

While we have much to be proud of, it remains the case that investment in the North-East pales in comparison to that handed to other regions. The 2013 Rebalancing Our Cultural Capital report confirmed what we have known for years -; arts spending is heavily skewed towards London, with Londoners benefiting from £69 spending per head, compared to a meagre £4.50 in regions like the North-East.

This North-South divide is not the only disparity. People in my region also receive notably less funding per head than their counterparts in the North-West. Last month, former Chancellor George Osborne outlined his vision for the Northern Powerhouse at an event in Leeds, claiming that the North will benefit from £100billion and 850,000 jobs over the next 30 years, but what this will mean for the North-East remained unclear.

The North-West is set to receive a massive £41bn of infrastructure funding over the next five years, compared to just £5.9bn for the North-East. Per person spending is predicted to be twice as high in the North-West as in the North-East. It’s not surprising, then, that many people in my region are questioning whether the North-East is really part of the Northern Powerhouse or if the government’s claims are simply empty rhetoric. We need investment to match our ambition.

The project’s cultural budget throws this disparity into stark relief. Often viewed as of secondary importance to economic growth, culture has been described as the “least important ingredient” of the Northern Powerhouse and this is reflected in the funding allocations -; only around 2 per cent of funding for the project has been earmarked for cultural projects. Newcastle and Gateshead are set to host the Great Exhibition of the North in 2018, receiving £5million for the project and a further £15m as part of a legacy fund, but this sum pales in comparison to the £88m that has been allocated to cultural initiatives in the North-West.

Sunderland’s bid for the UK City of Culture title is a fitting celebration of our achievements and an invaluable opportunity to celebrate the life story of the North-East. The region has not yet had a City of Culture so the bid presents us with a much needed chance to showcase so much that is positive and exciting about my city and the wider North-East. Liverpool’s success following its year as European Capital of Culture is well known and as this year’s City of Culture, Hull is expected to receive at least £60m of additional spending, resulting in 7,500 new jobs.

Instead of being seen as the forgotten relative of economic growth, we need to view culture as a critical component of that growth. Culture has been proven to be a remarkably powerful tool in the reinvigoration of urban areas. By creating places that are vibrant and distinctive we will keep talented young people in the region and attract innovators and entrepreneurs. The economic impact of culture in the North-East was highlighted in a 2015 report which estimated that creative and cultural industries have generated £755m of extra revenue for the region.

The North-East is truly wonderful place for culture and creativity and we have much to be proud of, but I think it’s fair to say that the region has faced some tough economic and social challenges over recent years and our confidence has been knocked. Not only is culture a vital element of economic growth, it brings self-confidence and pride to regions like mine and has the power to make a real difference to people’s lives.

The North extends far beyond Manchester and Leeds -; people in the North-East deserve the kind of cultural investment and re-invigoration that other northern cities like Hull and Liverpool have seen in recent years. With jobs in the creative industries in the region growing rapidly, policy makers cannot afford to continue to starve the North-East of investment for arts and culture if they are serious about addressing the country’s imbalance.

** This article originally appeared in The New Statesman.