A ruling by the supreme court that employment tribunal fees are inconsistent with access to justice is a huge victory for working people. 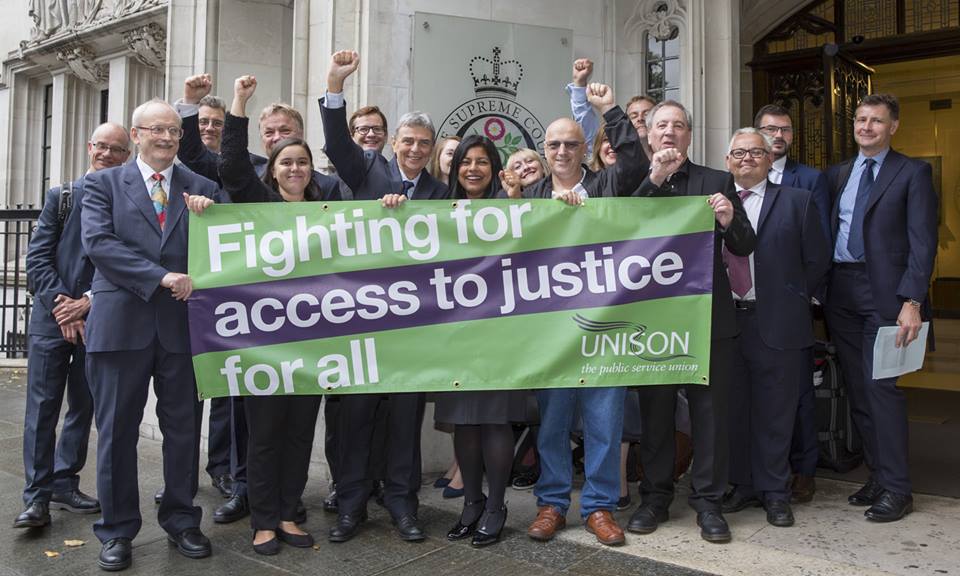 The Tory/Lib Dem coalition government opted back in 2013 to demand a fee from anyone taking their employer to court -; preventing many low-paid people from seeking justice.

But a government review on the impact of fees, which was released earlier this year, revealed a 70% drop in tribunal cases -; with pregnant woman, or those on maternity leave -; hardest hit.

And now, after trade union Unison took the case to the supreme court, immediate steps are to be taken to stop the charging. Well done Unison!