Exactly one year today we will be welcoming The Tall Ships Races Sunderland 2018 to our great city – exciting times ahead! #WearOnBoard #TSR2018 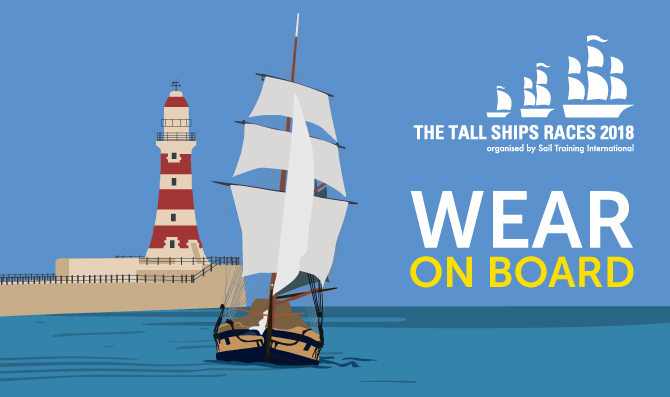 To find out more about this event, and how it has become a social hit media hit, read the following story from the Echo.

Within an hour of its launch on July 11, the #wearonboard campaign – which aims to promote next year’s Sunderland leg of The Tall Ships Races – was already a social media hit.

From MP Julie Elliott to dozens of the city’s big organisations, the campaign is a social media sensation.

The campaign has been launched jointly by Sunderland City Council and its media partners which include the Sunderland Echo.

The idea is to spread the word about the event which will see up to 80 ships converge on Sunderland in July next year. To get involved in Wear On Board, all you have to do is put up a post on social media with the hashtag #wearonboard.

You will join the flood of supporters who backed it within minutes of the campaign’s launch. Here are some of the great examples of people who are already playing their part.

* @JulieElliottMP On this day in 2018 we will be welcoming The Tall Ships Races to our great city – exciting times ahead! #WearOnBoard #TSR2018 #Sunderland.

* Sunderland College? @sunderlandcol #wearonboard for @TallShipsSund! It’s exactly one year today until this exciting event comes to our city! #TSR2018.

* Station Taxis? @sunderlandtaxis Let’s push the boat out on this one #Sunderland ?1 year to go @TallShipsSund #WearOnBoard #TSR2018.