I am delighted that the bravery of two Sunderland sisters hailed as “Britain’s answer to Oskar Schindler” has been officially honoured in their home city. 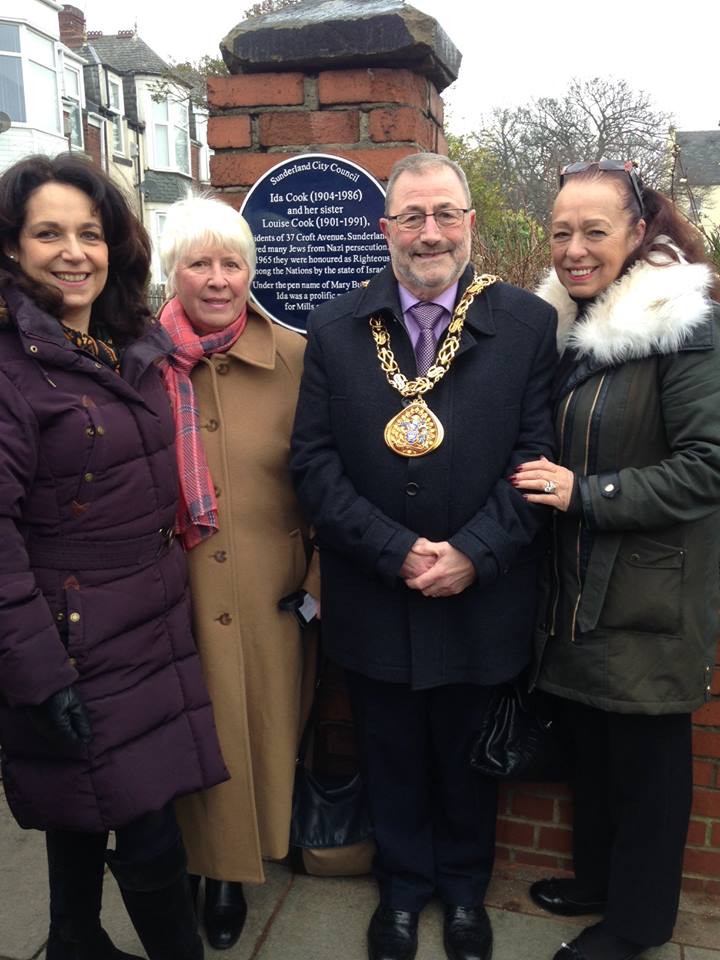 Ida and Louise Cook risked their lives to smuggle Jewish refugees out of pre-war Nazi Germany and today -; on Holocaust Memorial Day -; a Blue Plaque commemorating their actions has been unveiled close to their childhood home in Croft Avenue.

These brave ladies willingly faced terrible danger, and possible execution if caught, to save the lives of dozens of Jewish people facing terrible persecution under Hitler’s Nazi regime.

I have been told the sisters viewed what they did as simply the right thing to do, and that they would be surprised and humbled by the idea of having a Blue Plaque erected in their honour.

However, the bravery of the Cook sisters is an example to us all -; and they rightly deserve to be remembered, and honoured, in their home city.

** Ida, the second daughter in a middle-class family of two girls and two boys, was born on August 24, 1904, at 37 Croft Avenue, Sunderland.

After completing her education at The Duchess School in Alnwick, she followed her sister Louise into a job with the civil service in London.

It was while in the city that the girls developed a passion for opera, spending what little they could afford on tickets to see the stars at Covent Garden.

Over the next few months, many of the performers became their friends, including Austrian conductor Clemens Krauss and his fiancée, the soprano Viorica Ursuleac.

As pressure on the Jews in Germany mounted in 1934, Ursuleac asked the sisters to help a Jewish friend, Mitia Mayer-Lismann, make her way out of Germany.

The Cooks immediately agreed to the idea and Ida was later to recall: “Though we did not know it then, our first refugee had been commended to our care.”

Once the Mayer-Lismann family was safely in England, the sisters were quick to volunteer for further action. The next five years were spent working under cover.

Using their reputation as eccentric opera fanatics, the Cooks made repeated trips to Germany, where they would interview Jews desperate to emigrate.

They would then return home draped in the would-be refugee’s jewellery and furs, to be sold to provide immigration guarantees for the British government.

“We were careful on detail,” said Ida. “We never took earrings for pierced ears, because neither of us had pierced ears. That was the kind of thing they caught you on.”

Helped by Krauss, who often arranged to perform in the cities the Cooks needed to visit, the sisters managed to rescue 29 refugees from Hitler’s regime.

Dozens more benefited from the money and guidance they poured into the evacuation missions and the sisters were hailed as Britain’s answer to Oskar Schindler.