Support for 2021 Sunderland City of Culture bid is vital

Wearside MP Julie Elliott is a strong, vociferous supporter of Sunderland’s City of Culture bid and sits on its steering group. 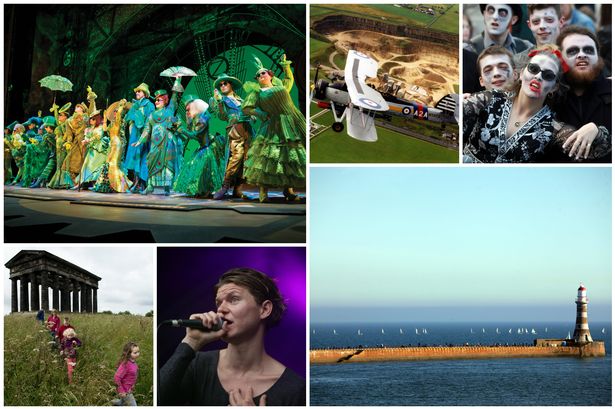 Next year she will host an event at the House of Commons in support of the bid. Here she explains why she is such a firm supporter.

First of all this is achievable -; this is something we can do. It’s a serious, realistic bid that would transform our city. The team behind the bid is determined, professional and hard working and can deliver the City of Culture bid for us all. They need our support. They need to know we stand as one, and that we want this. We really, really want this. The judges need to know we’re not luke-warm about the bid; that we don’t think it would be a nice thing to have -; but we really, passionately believe we should have this and that it would be a game-changer for Sunderland.

A successful bid would deliver a fantastic year of world-class arts and culture. The very best national and international artists and performers would join local people to produce a once-in-a-lifetime programme of amazing events and performances in 2021. Wearsiders of all ages and from every background would be inspired to get involved in arts and culture for the first time, or to deepen their engagement.

It is widely known that engagement and participation in the arts can have a positive, long-term affect on improving someone’s health and well-being, particularly someone’s mental health. So an extended and improved cultural sector delivering more opportunities for people to engage in the arts will have a meaningful impact on the city’s well-being.

A successful bid would quite simply transform the image of the city and how we’re seen by outsiders looking in. Ask people outside of the north east what they know of Sunderland and they’ll talk of a northern industrial city that has known better times. They also may mention the football club and Nissan, but post-2021, Sunderland would be known around the world as a cultural city. It would have the reputation of a city with huge opportunities for artists and audiences; a city where artists and performers can thrive and find ample opportunities to grow.

The next generation would benefit hugely from a successful bid. The energy generated from a successful bid would help show young people that this city can be one of excitement; while the massive investment in the city would provide jobs and opportunities for years to come.

In terms of economy, it is estimated that Hull’s 2018 title could be worth more than £80m to the city, and we would expect a similar amount or more to be invested in Sunderland. Improvements in infrastructure and new creative companies would be the result of this investment. The bid gives us the opportunity to showcase everything that is great about Sunderland -; our culture, community and creativity. It will bring a much-needed focus on the inventiveness of our people -; bringing investment and regeneration.

I want everyone to know just how special Sunderland is, and City of Culture status will do just that. Our city is a truly wonderful place for creativity. Our city is ambitious, brave and collaborative, and our bid is too! Winning UK City of Culture 2021 would bring so much to our city. It’s a cause that anyone who loves Sunderland should get behind and I urge everyone to do so.