Time to wage war on fly-tippers and rubbish dumpers

A Sunderland MP is urging Wearsiders to declare war on vandals, fire-bugs and fly-tippers. 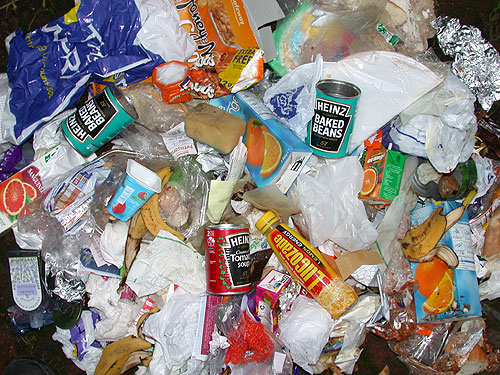 Complaints about rubbish-strewn streets and dumped appliances have soared since Sunderland City Council was forced to reduce cleansing services in the face of Government funding cuts.

Now Sunderland Central MP Julie Elliott is calling on people to tackle the problem head-on and report those responsible.

“The cuts to our local authority in recent times have been enormous and, this year, the cuts are so severe that people are beginning to feel them,” she told a public meeting at Markey Park fire station.

“It is important to be honest about what is going on, as we can’t wave a magic wand and put everything right. But, if everyone works together, we can help to improve the situation.”

Ms Elliott called the meeting after Southwick constituents raised concerns over littering and fly-tipping, including:

“I spend a lot of time knocking on doors around Southwick and, at nearly every home, residents tell me about their concerns over litter and fly-tipping,” said Julie.

“We have got to try and stop the people who are doing this. Please, if you see someone fly-tipping, report them, their van or their number plate. Something needs to be done.”

Sunderland City Council has been forced to reduce its budget by £240million since 2010 due to Government cuts, and further reductions of around £120million are expected by 2020.

Front-line services such as grass-cutting, garden waste collection and libraries have all been affected by the budget cuts in recent months, as have litter and fly-tipping cleansing services.

The council has, however, invested in security cameras for problem-hit areas -; which have already proved successful in catching several fly-tippers across Sunderland.

“People need to take responsibility for their actions and stop littering. If caught on camera, those responsible can be fined up to £400 -; so, hopefully, that might stop them,” said Ms Elliott.

“Obviously, the council is hampered by a lack of funds due to the Government, but there are ways we can still fight back against litter -; but it must involve everyone working together.”

Southwick councillors Norma Wright, Miles Elliott and Kelly Chequer have held several community clear-ups this year, collecting more than 100 bags of rubbish, and have petitioned the Prime Minister to give Sunderland fairer funding, so lost services can be restored.

Julie added: “I’ve taken part in several litter-picks this year. It really is a burning issue for the area. I just wish we had more Government funding available to help tackle it further.

“It does feel like the Sunderland has been picked on quite severely by the Government over the past few years. Our budget is being cut, while wealthier areas are having theirs increased.

“I totally understand that people are upset about the litter problem, and I hope we can work together on that.”

“These are the same messages I have heard from residents in all parts of the city and they understand the financial pressure the council is under because of the Government’s unwillingness to fund councils like Sunderland fairly.

“What I would like to say to the people of Sunderland is that the council is currently looking at what other measures could be introduced to deter fly-tipping and, importantly, promote a greater sense of pride, responsibility, and civic duty to help keep our city clean, green and tidy.

“However, to be successful in tackling this issue we need residents to help out, by reporting incidents that they see.

“We also need people to think twice before disposing of their rubbish in back lanes or on green spaces. We all have a responsibility to help keep our city clean.

“The council will continue to do our best with the limited resources we have available but to tackle this problem we need everyone in the city to help out.”