Getting tough on those who assault police officers

A Labour motion calling on the Government to get tougher on criminals who assault police officers has been defeated -; to the disappointment of Sunderland Central MP Julie Elliott. 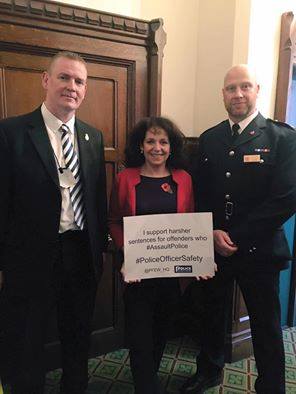 The Opposition Day debate, which was held on November 2, asked that statutory guidance on uniform sentencing be implemented and assault figures accurately recorded.

However, despite a lively debate, the motion was defeated by 288 votes to 207. MPs instead agreed to the government’s own amendment.

“I was very disappointed by the outcome, as police officers need as much protection as possible. An injury to one of them is an injury to us all,” said Julie.

“Our police officers put their lives on the line to protect us. The Government needs to prove that they value the police and get tougher on those who assault officers.”