Pharmacies under threat in Sunderland

Wearside MP Julie Elliott has joined a campaign opposing the Government’s plan to cut the budget for local chemists. 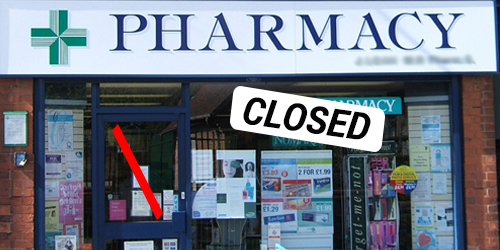 Thousands of pharmacies nationwide are believed to be at risk of closure – including several in Sunderland – after talks between the Government and the sector broke down.

“My constituency of Sunderland Central could potentially lose up to eight pharmacies. These closures could begin as early as December 1 -; right in the middle of flu season,” said Julie.

“With the ever-increasing pressure on GPs and hospitals, we should be supporting pharmacies as a front-line community health service, not closing them down.”

The average pharmacy currently receives £220,000 a year from the NHS, but the Department of Health is aiming to reduce the £2.8bn-a-year pharmacy bill by more than £170m annually.

It is believed the cuts could lead to up to 3,000 of 11,700 pharmacies nationwide being closed.

“The Government should drop their damaging plan to cut community pharmacies and get back around the negotiating table with the sector,” said Julie.

“Many constituents have raised concerns with me about the future of their local pharmacies. People rely on them for free medical advice and prescription medicine.

“I’ve written to David Mowat MP, Parliamentary Under Secretary of State at the Department of Health, asking the Government to protect pharmacies.”