I have been highlighting Nissan’s concerns over potential tariffs for post-Brexit exports to the Secretary of State for Exiting the European Union. Take a look at the story below from the Sunderland Echo. 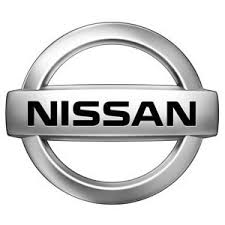 Sunderland MP Julie Elliott has laid into Brexit Secretary David Davis over Nissan’s future in Sunderland during a debate in Parliament.

The Japanese car manufacturing giant has halted investment in Sunderland until a post-Brexit export deal is made clear, and has refused to guarantee the new Juke will be built at the plant in Washington.

Speaking on the issue in a debate in Parliament on the “next steps in leaving the European Union,” Ms Elliott highlighted Nissan’s concern over potential tariffs charged on each car built in Sunderland and transported to Europe.

Ms Elliott said: “When will the Secretary of State reassure businesses based in the UK, and particularly in my city of Sunderland, including the Nissan manufacturing plant, about the potential for tariffs to be paid on every car sold to mainland Europe, as some 80% of cars from the Nissan plant are?

“Investment has been halted at that plant, and a contract that had already been awarded has been put in abeyance while we wait for reassurances from the Government. When will the Government act on real people’s jobs and reassure companies?

“That is what is at stake. This is not chatter; it is real people’s jobs. When will the Government act?”David Davis, the Secretary of State for Exiting the European Union, replied: “We have said in terms – principally after the Japanese letter-that we are absolutely determined to make sure that we guarantee, or acquire, access for all companies in the UK to the maximum possible number of markets. That is what we are doing.”