A birthday celebration with a sting in its tail

Today I joined with campaigners from Women Against State Pension Inequality (WASPI) to mark Prime Minister Theresa May’s 60th birthday -; a celebration with a sting in its tail. 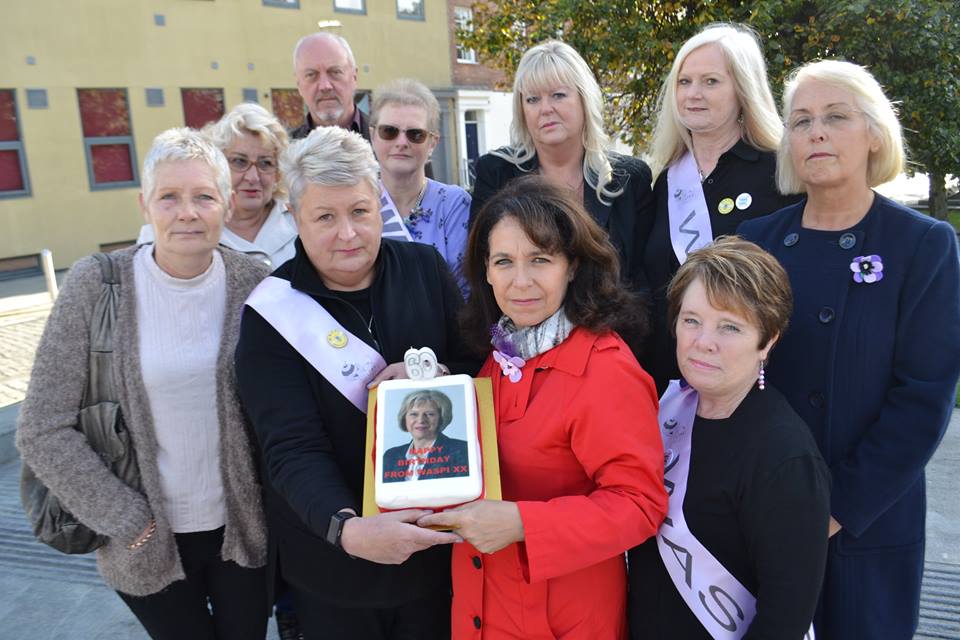 Ms May would, in the past, have traditionally expected to receive her state pension today -; just like millions of other women have at 60.

But, due to on-going changes, this is not now the case. Women locally and nationally are facing a huge pension upheaval, and these changes are causing real hardship for many.

We all recognise State Pension age needs to increase, but people need to be given enough notice of any changes to plan for retirement – this just hasn’t happened in this instance.

State pensions are changing for all women born on or after April 6, 1951. Around 2.6 million woman -; including 4,000 in Sunderland -; have had their pensions delayed for six years.

WASPI campaign and Sunderland resident Moira Scales was one of those who joined me today, she added:

“We celebrated Theresa May’s birthday through gritted teeth to highlight how many women should have had their pensions at 60 had the rules not changed.

“Our generation was not given enough notice of pension changes to be able to change our financial plans. A great many women have been left without the money they were promised.”

Let today, her 60th birthday, be the time for Theresa May to act and bring in transitional arrangements for the WASPI women to their pensions to alleviate some of the hardship her Government has caused.

Please drop me an email at julie.elliott.mp@parliament.uk if you would like to find out more or keep up to date with the WASPI campaign.