A coffee morning in support of the Women Against State Pension Inequality (WASPI) campaign has been hosted by Julie. 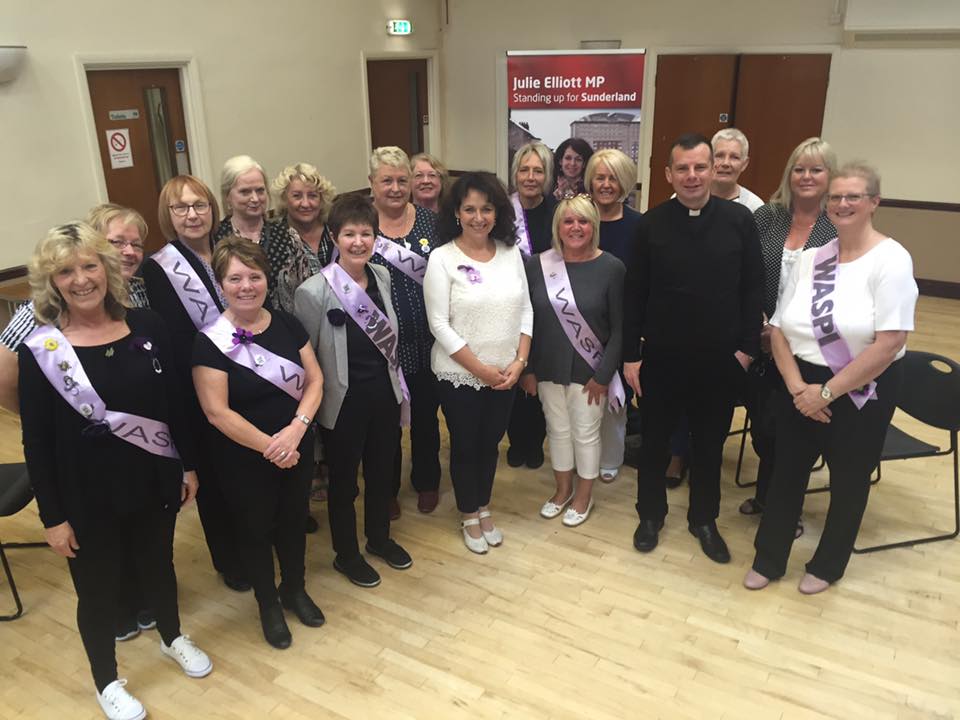 The event, at St Mary’s Parish Centre, was held on September 17 to raise awareness of pension problems faced by women born in the 1950s.

Julie said: “We all recognise that the State Pension age needs to increase, but people need to be given enough notice of any changes to plan for retirement. This hasn’t happened.

“At the coffee morning I met with women from Sunderland who have been hit by the Government’s unfair changes to the State Pension Age.

“The WASPI campaign is doing a great job in raising awareness of the inequalities effecting many women born in the 1950s, and calling on the Government to introduce transitional arrangements.”

“The WASPI Tyne, Wear and Tees Branch are doing fantastic work keeping pressure on the Government to give those affected a fair deal,” said Julie.

“Please drop me an email at julie.elliott.mp@parliament.uk if you would like to find out more or keep up to date with the campaign.”