Over 20 local residents joined Julie at Burn Park Methodist Church today to discuss what could be done to tackle nuisance litter and fly tipping in the area.  Millfield Ward Councillor, Lynda Scanlan, and Portfolio Holder for City Services, Councillor Michael Mordey, were also in attendance. 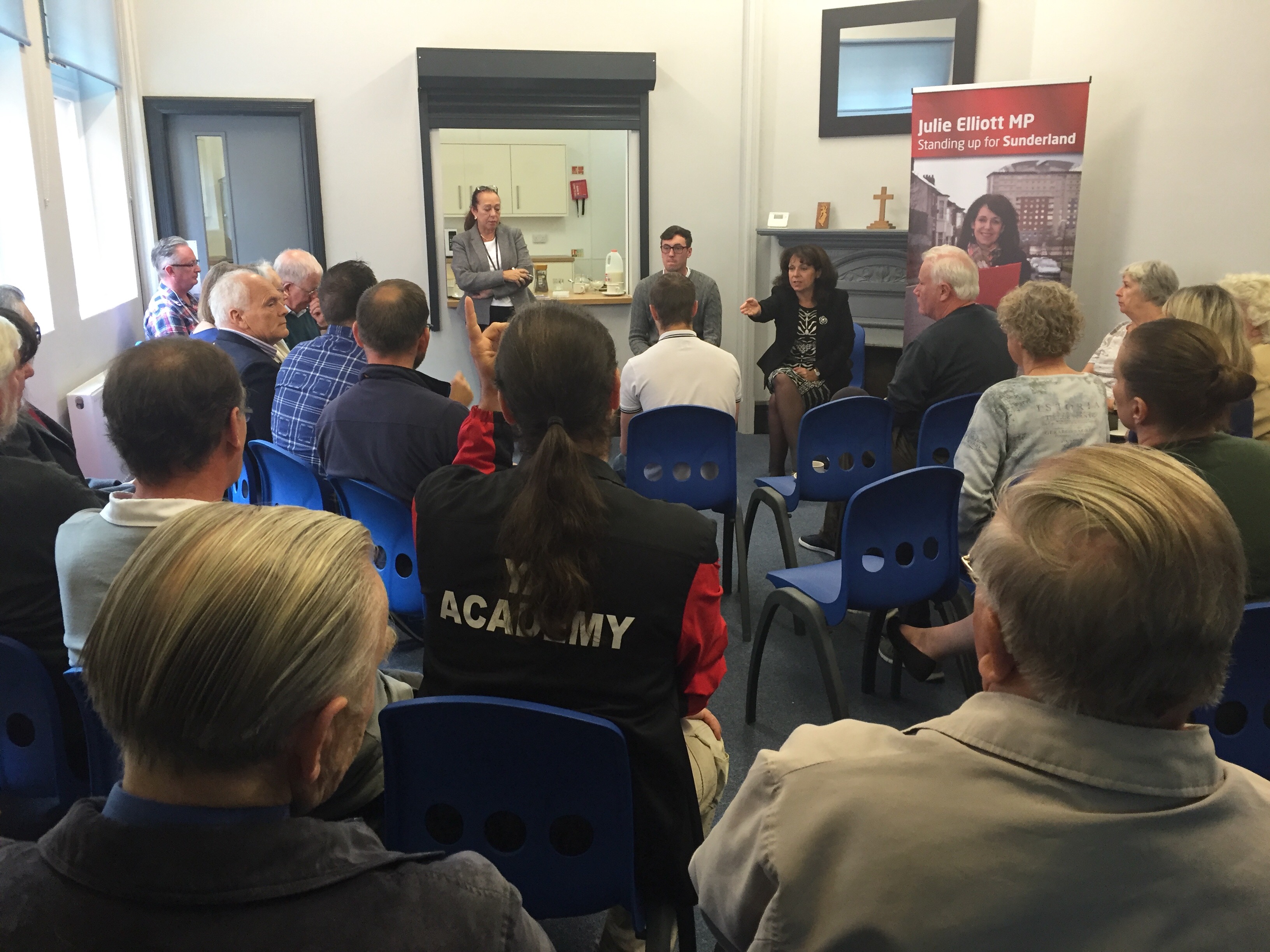 One resident mentioned that litter had always been a problem in the area, however, there was a general consensus that things had got worse recently as hard-working council staff are struggling to cope with the personnel reductions resulting from cuts to the City’s budget.  Since 2010, hundreds of millions of pounds of Tory cuts have been imposed on Sunderland. This means the City Council has over £500 per head less to spend on all the services it provides, when compared with six years ago. We should never forget that the Liberal Democrats supported these cuts to our city during the coalition years.

Various issues surrounding the problems were discussed and Julie is taking action on these points.  All residents in the area will receive a letter from Julie regarding the ‘next steps’ in the coming days.

“It was great to see so many people give up their time on a Saturday morning to discuss problems having a negative impact on the area.  What was abundantly clear at the meeting was that residents and local politicians care passionately about the appearance of the community, even if successive Tory Prime Ministers have not.”

If you have an issue or a concern you would like Julie’s help with, please do get in touch.