Julie attended an event hosted by Britain Stronger In Europe during which the former Foreign Secretary, the Rt Hon. David Miliband gave a keynote speech on “Britain and Europe: Strength through Alliances”. 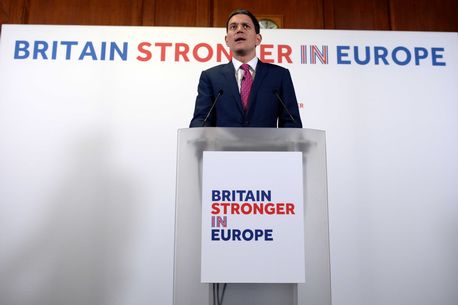 David Miliband stressed that the economic benefits of EU membership meant that our region had the most to lose if the UK were to vote to leave Europe.

In his speech, he said:

“No nation in human peacetime history has voluntarily given up as much political power as we are being invited to throw away on June 23 and nowhere in Britain would the cold, hard reality of Leave be more punishing than in the North East.”

“Like David, I strongly believe that Sunderland, the North East and our country as a whole are much better off being in the European Union. As David said during his fantastic speech, for every £1 we put into Europe we get £10 back in jobs, trade, investment and growth. For this reason among many others, I will be campaigning for us to remain in the EU.”