Julie attended a drop-in event hosted by the National Autistic Society in Parliament.

The charity has recently released a report which has revealed how poor public understanding of autism is pushing many who suffer from autism and their families into isolation. 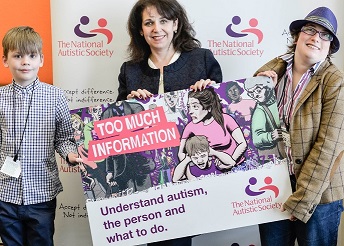 According to a survey of over 7,000 autistic people, their families and friends, and professionals carried out by The National Autistic Society: