The centenary of a German Zeppelin attack on Sunderland

On the evening of Saturday 1 April 1916 Sunderland was attacked by a German Zeppelin.

The Zeppelin’s original target was Tyneside but owing to the weather conditions and other factors the commander decided to bomb less-fortified Sunderland instead. Dozens were killed as a result of the attack with many more suffering injury. The roof of Monkwearmouth Railway Station was damaged as well as other local buildings. 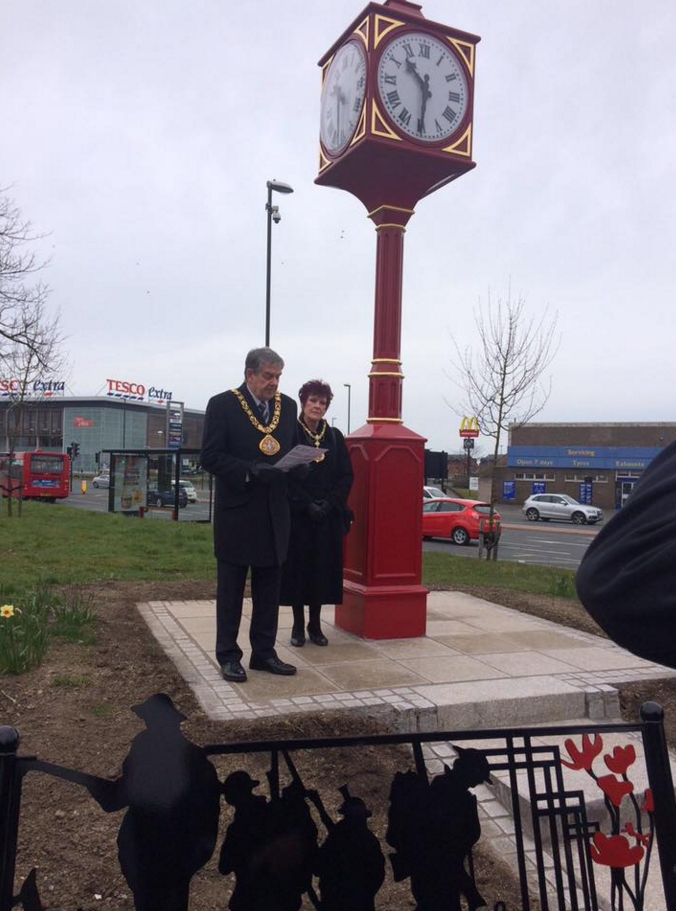 The commander of the Zeppelin noted in his report:

“I decided not to cross the batteries on account of not being very high in relation to the firing, and also because of slow progress against the wind and the absolutely clear atmosphere up above. I fixed, therefore, on the town of Sunderland, with its extensive docks and the blast furnaces north-west of the town. Keeping on the weather side, the airships dropped explosive bombs on some works where one blast-furnace was blown up with a terrible detonation, sending out flames and smoke.

“The factories and dock buildings of Sunderland, now brightly illuminated, were then bombed with good results. The effect was grand; blocks of houses and rows of streets collapsed entirely; large fires broke out in places and a dense black cloud, from which bright sparks flew high, was caused by one bomb. A second explosive bomb was at once dropped at the same spot; judging from the situation, it may have been a railway station.”

“It was a pleasure to join Cllr Barry Curran, Mayor of Sunderland, to commemorate the centenary of this attack and the lives lost on that terrible night one hundred years ago. A ceremony took place this morning at the First World War commemorative clock that stands at the Wheatsheaf Junction. 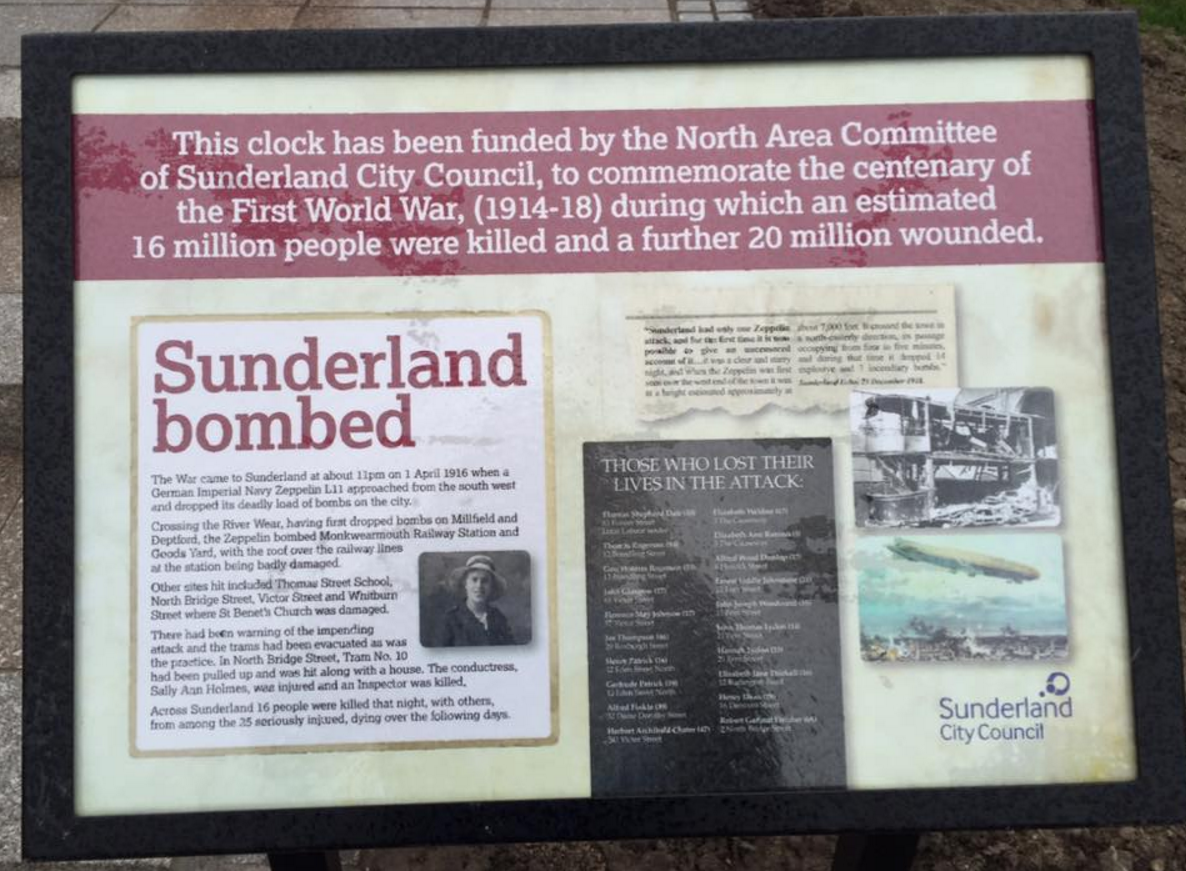