Julie met with over 30 students and members of staff from St. Anthony’s Girls Catholic Academy at Westminster Hall this week. One of these students, Rachael Pearson, is currently undertaking work experience in Julie’s constituency office. Here she explains what she and her fellow students did during their trip to London: 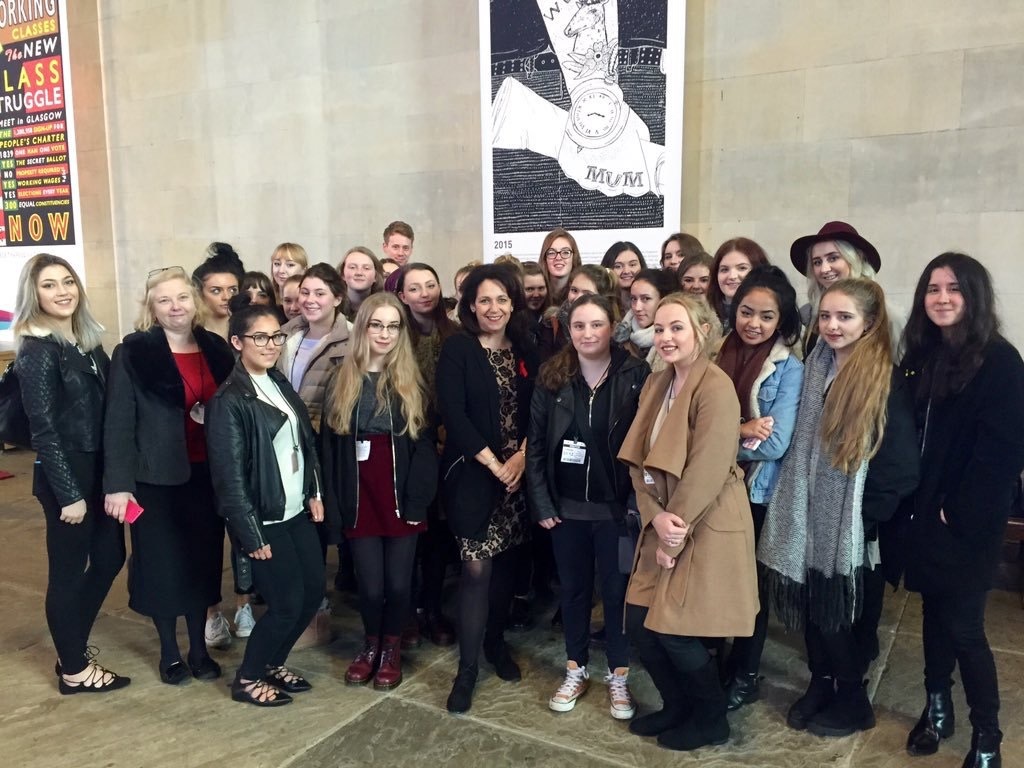 We went to the ‘A’ Level Conference at Westminster Central Hall and saw a variety of MPs speak. Douglas Carswell MP, Tristram Hunt MP, Angus Robertson MP, Nadine Dorries MP, Natalie Bennett, Tim Farron MP, Dan Jarvis MP, Chris Grayling MP, Alan Duncan MP, John Bercow MP. Really good, we were able to get up and ask the MPs questions on a variety of things, Syria seemed to be the main topic which was very interesting.

We went for a tour round the Houses of Parliament. It was a surreal experience by getting to see both the Commons and the Lords in person. Also, learning about the history of Parliament was very fascinating. We got shown where the Queen goes in before the Queens Speech, which was amazing.

Then we met up with Julie which was really interesting, as we got to hear about what Julie does both in Sunderland and Westminster, she gave us an insight into what it’s like to be an MP and how things work behind the scenes at Westminster.

After that we went to the Old Bailey to watch a court case, which again was amazing. Quite scary and a little bit intimidating but it was interesting to see how courts and the justice system works.