Campaign to Save Sunderland Fire Station up for national award

The Sunderland Echo’s Hold Fire campaign to Save Sunderland Central Fire Station is up for a national newspaper award.  The award will be given to the campaign which has received the most online votes by 17 May.  Without the Echo’s excellent coverage and the support from people across Sunderland, it is very possible that the station would be closing in the next few months. 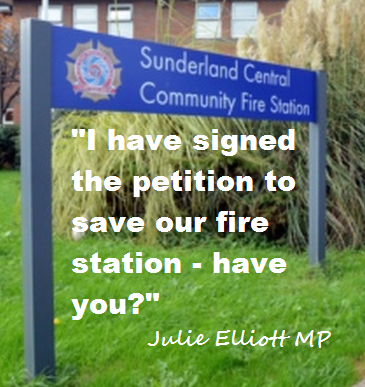 “Local newspapers have a unique place at the heart of their communities and the Echo enjoys a very special connection with the people of Sunderland.

“The Hold Fire campaign is a perfect example of the good things that can be accomplished when a newspaper, its readers and the wider community come together.

“The support of the Echo was invaluable in getting word out about the campaign and galvanising support.

“Its coverage ensured the campaign remained in the public eye and helped us to maintain the pressure on those with the power to reverse what would have been a disastrous decision for the City of Sunderland.

“I am delighted to support the Echo in the Local Newspaper Week Making a Difference award.”