Yesterday morning, Julie joined members of the Fire Brigades Union (FBU) and other volunteers in Fulwell to collect signatures for the Save Our Station petition.  After 1,600 signatures were collected on the day, the petition total now stands at over 15,000. 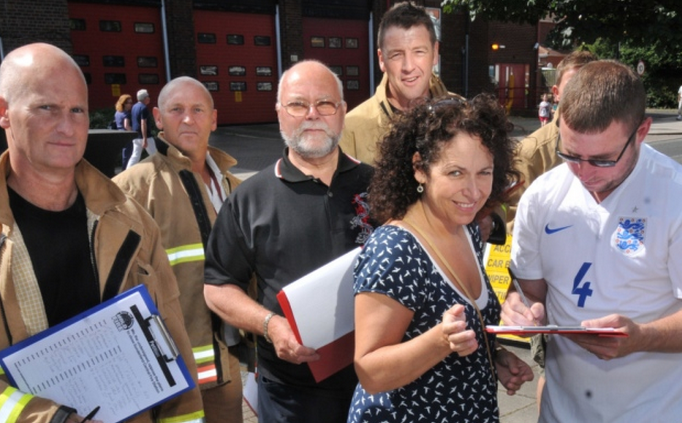 Gordon Chalk of the FBU said:

“To get that many people signing the petition in under two hours is fantastic.

“There were loads of people making their way down to the airshow who were more than happy to put their names down.”

“This is an issue which unites the whole of Sunderland – everybody wants to keep the city centre fire station open and we will not stop fighting until we secure the long term future of the station.”

You can add your name on-line by clicking here.