Thanks to the hard work of a retired Sunderland resident the ‘Save Our Station’ petition has now been signed by almost 11,000 people.  George Smith of Pallion Park, Sunderland, has given up hours of his own time in recent weeks to collect signatures from businesses and residents near his home and across the city. 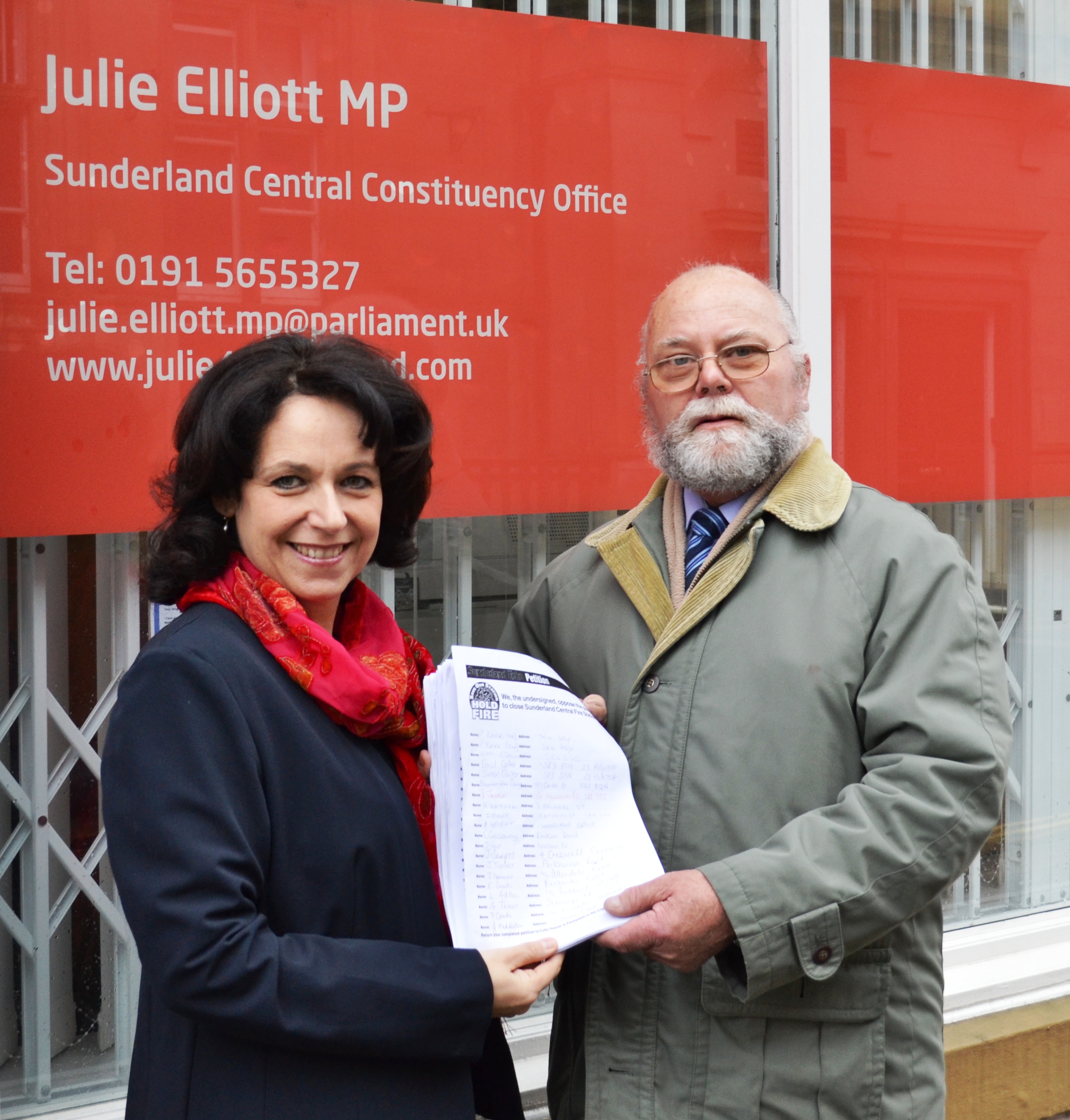 Today, George handed over almost 1,600 signatures to Julie Elliott MP who has backed the Echo’s campaign since it was launched.   George explains why the campaign is so close to his heart and what has motivated him to fight the closure:

“I was in the Auxillary Fire Service from when I was eighteen until it was disbanded in 1968.

“When I saw Julie Elliott MP was taking the petition to the city centre several weeks ago, I knew I had to get involved to fight for our station.

“Since then, I have been knocking on doors and speaking to local businesses, everyone I meet supports the petition and opposes the closure.”

Julie Elliott MP is full of admiration for George’s contribution to the cause:

“More than 10% of all the signatures on the petition are as a direct result of George’s hard work and that really is astonishing.

“On behalf of all the people who support the campaign, I would like to wholeheartedly thank George for his amazing contribution.

“On 24th March I welcomed the news that no station closures are to be considered for at least three years but we must keep collecting signatures to try and secure the station’s future for the long term.”