Julie awarded Ryan Farthing with an Apprentice of the Year award for the achievements and progress he has made throughout his course.  Deven Wilson, 18 from Fulwell, was also presented with the Apprentice of the Month award by Julie for his brilliant attitude on placement. 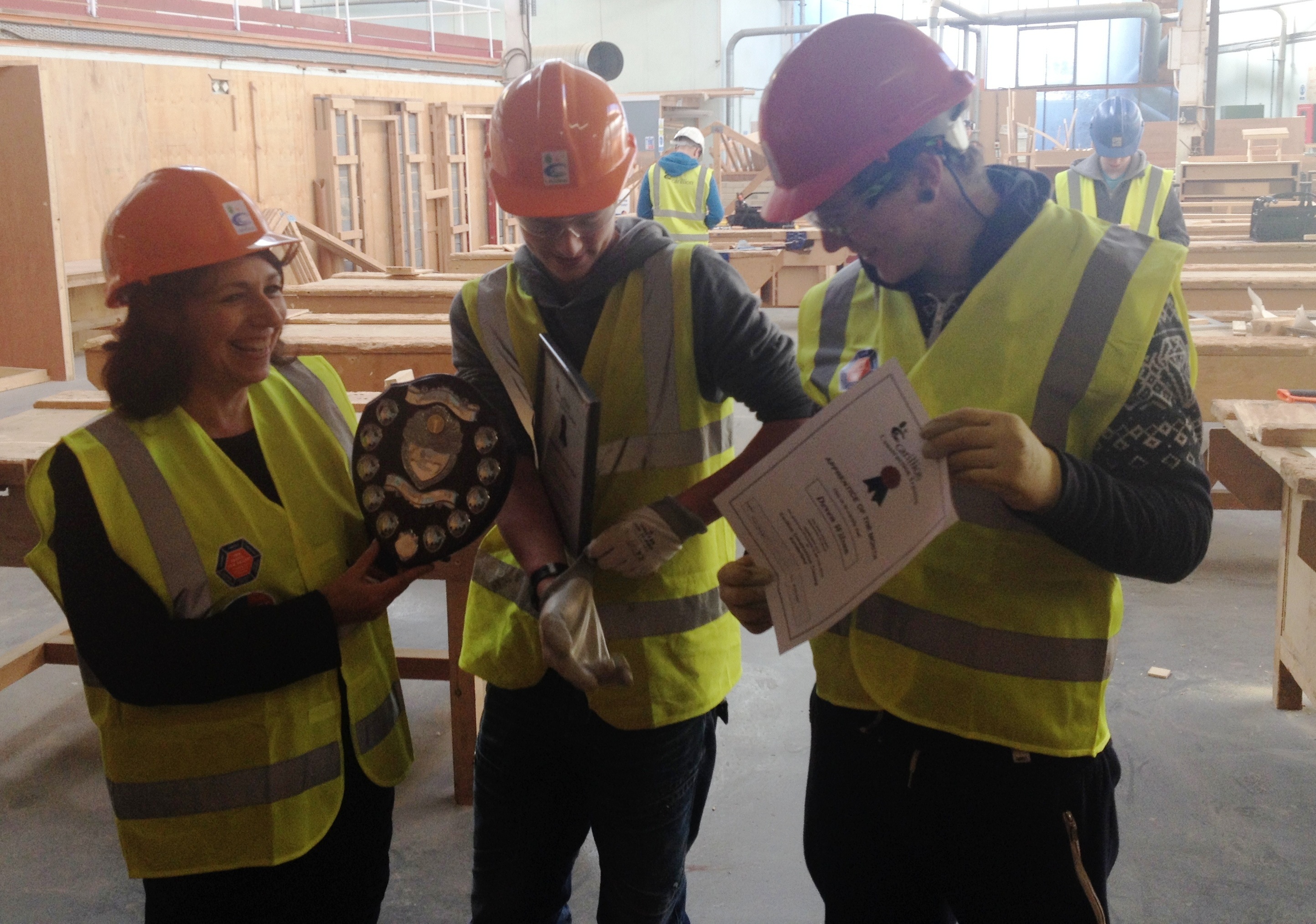 “I am delighted to be here rewarding the hard work and determination of these individuals and I wish them all the best in their future careers.

“It’s so important that companies drive apprenticeship programmes and provide the opportunity to equip these young apprentices with the valuable skills and training for a career in construction.

“The Government isn’t doing enough to create quality apprenticeships for young people. When we were in office, Labour revitalised the programme -; boosting apprenticeship starts from 65,000 when we took office in 1997 to 279,700 in our final year in government.

“There are 25,000 fewer apprenticeships set to start this year than in 2013 and youth unemployment currently stands at over 900,000.  The number of apprentices that are not receiving the legal minimum wage is also rising at a worrying rate.

“A One Nation Labour Government will put this right.  Building on the work of our independent Skills Taskforce, led by Chris Husbands, we will create a new universal standard for apprenticeships so they are qualifications that employers and young people can trust.

“We’ve also called on the Government to use the billions spent through public procurement to boost apprenticeship opportunities -; we would require all companies bidding for contracts worth over £1 million to offer apprenticeships.

“Investing in apprenticeships is an integral part of creating a better economy that works for everyone instead of just a few. Young people in Sunderland are amongst those who stand to benefit, but only if the Tory-led Government steps up to provide the apprenticeships we so badly need.”